The birds of Paradise:
The Facts

Raja Ampat form a different perspective. We have two options which incorporate the area surrounding us.

We view these birds in their natural habitat and are astounded by their extraordinary displays and colors, but what we are forgetting is the birds have been observed and mimicked by the people that inhabit the parts of New Guinea for generations and generations.

These birds have been featured significantly in the mythologies of many cultures and some indigenous people see the Birds of paradise as spirits that represent their dead ancestors. Others feel they are the physical embodiment of mythological forest-dwelling beings. The plumes have also been used by the people in the “bride Wealth” as payments given for betrothal of daughters. Many of the traditional dances have been inspired by the Birds of paradise courtship displays, you observe on the Treks.

The most astounding is the use of the plumes as body decoration during the ‘sing-sing’ (traditional New Guinea cultural gatherings incorporating dance and song). Even nowadays they are still a major part of the culture among highland populations. David Attenborough wrote in1955, after seeing one of these sing-sing, “It was one of the most spectacular and barbaric sights I have even seen. I made a rough calculation. There were over five hundred beplumed dancers. Between them, they must have killed at least ten thousand birds-of-paradise to adorn themselves for this ceremony”. Today as modern influences creep into the remote parts of the world, the bird of paradise feathers are being replaced with more common bird feathers, but the culture behind these mystical birds remain part of the uniqueness that is Raja Ampat. If you have to ask the question “what to see in Indonesia”, then this has to be one of them a sing-sing. 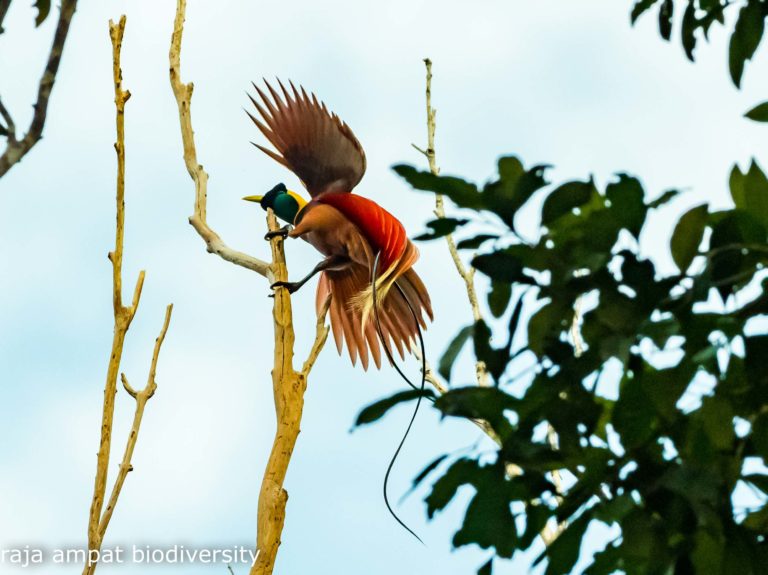 Conservation and The birds of Paradise

The Resort holds a high value towards eco-sustainability because the trek is directly behind our Resort, which means we have a duty to focus our resort on conservation and to take measures in limiting our activities on the environment. 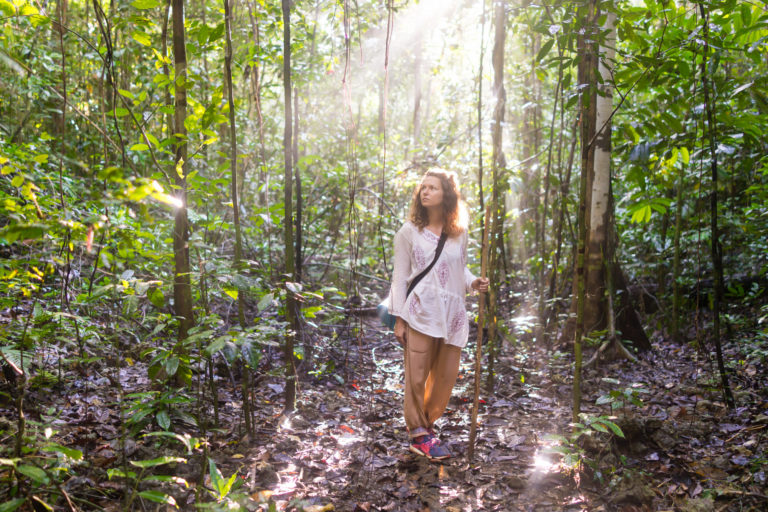 The birds of Paradise trekkings